“I Wouldn’t Miss It For The World!”


Memories of John, a friend with Parkinson's Disease. 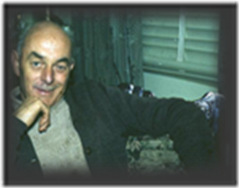 I have been living in my current home for about 15 years. I love our home, it is a lovely house set in a quiet neighbourhood on top of a small rise. We are surrounded by a number of rental houses in our street and the occupants rarely last more than a year. But across the
road is Petra, a sprightly single lady of sixty-something and next door to us on the left lives Thelma. Her husband John just passed away recently.  I'm really going to miss John.
I moved in next to John and Thelma with my family about 15 years ago. We had 4 children at various stages of little and had moved to the area to be closer to school and church. When we first applied to rent our home, we were told we could only drive past but not look inside, as the
present tenants haven't moved out yet. Ok, so we drove past very slowly and as we did, a man came out carrying a box to his car. I greeted him and told him we were thinking about applying for the rental and would he mind if I had a quick look around? He invited me in and said "go ahead" and kept loading the boxes into his car. I wandered through the house and into the back yard. The house was perfect and I walked back to our car, stuck my head in the window and declared:" Honey, I have found our new home!"
A few days later we moved in.
Our next door neighbours were a retired couple who kept pretty much to themselves. Husband John loved to work with wood and often had his garage door open and the smell of freshly worked timber like Camphor Laurel would come wafting down the street. As I walked past, I shouted: “G’day! How are you going?"
"I wouldn't miss it for the world!" Came the chirpy reply. It was a statement that would identify John for me for the rest of my life.
PARKINSONS

John suffered from Parkinson's disease; though you wouldn't know it. Parkinson’s is a 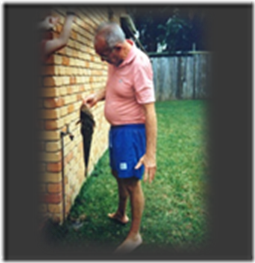 degenerative disorder of the central nervous system which most commonly affects people over 50. The most obvious symptoms include uncontrollable shaking of the limbs.   This retired mechanic was anything but retired. As well as his love for timber,(he had lots
of wood working tools, including a lathe, and there was a lot of bits of wood suspended from all sorts of places) he was also a passionate painter and fisherman. His back yard was immaculate and he had a 5 hole putting green embedded in his lawn. John also taught painting at the University of the 3rd Age, a place where mature age students (usually retired) can go and learn skills they never knew they had.
To look at John, you would never know that he had Parkinson's.  He certainly didn't let it stop him doing anything. Thelma, his wife, made it her business to know everything there was to know about the disease. She accompanied John to every doctor's appointment, researched the disease, the treatment drugs and their possible side-effects. If there was a support group, Thelma went along. If there was an article in a paper or magazine, she would not only read it, but if important enough, she would cut it out and keep it.  Thelma is so knowledgeable about the disease that in later years when John went
into respite on the occasion, she would often need to educate the nursing staff on the regime of medication John took, and the idiosyncrasies of the 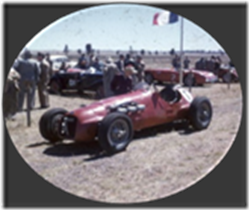 disease. Thelma made it her job to make life as normal and as liveable as possible for John. She could alter the doses of his medication depending on his level of activity, the weather, all sorts of things.
As the years wore on, the disease progressed. There is no turning back with Parkinson's, no known cure. There are operations one can have to prolong normality and quality of life, and drugs to help stop the shakes and other impacts of the disease, but once you have it, you
will die with it, and most likely from complications of it.

For Better, For worse…

What I loved about this couple was their commitment to each other, and their tenacity to see this thing through to its end. I once asked Thelma if it wouldn't be easier to put John into permanent care? She replied: "When I married John, I stood before the minister and made a promise; for better or for worse, in sickness and in health. I intend to keep that promise.  And besides, this disease is so varied from day to day, that a nursing home would not be able to look after him the way I do. We have had our 'for better and in health' years, now it's time to do the other."
As for John, I never saw that man without a positive attitude and a
kind word. "I wouldn't miss it for the World!"

Over the years as the disease started to take over his body, John became more and more reliant on a wheel chair. But try keeping an active man down! At every opportunity he would climb out of it, and be
out in the garage, fiddling with something or heading for the lawn locker to get the mower out or grabbing the golf clubs to have a hit around the yard. Inevitably he would run out of puff, and on the occasion he would lose balance and fall. Thelma had learned techniques of how to use balance and cantilever to get him back up. These same techniques she taught me to use on him.   Sometimes he would fall awkwardly or heavily or end up in a place where it was impossible for Thelma to help him. She would wonder out to the front door or over the back fence: "Erick, can you help? John's had a fall and I can't get him up." I would go over and rescue John from his temporary place of
rest. John would joke about it, and make light of the situation. Never did I see him lose his temper, or become angry, he was always thankful for the hand up. I rescued John from all sorts of obscure places; he once crashed through his side fence; I picked him up a couple of times out of his workshop; and I remember once being called to pick him up after he had fallen out of his bed and with the bad shakes he had got himself wedged between the bed and a lifting frame designed to help him in and out of his bed.
I often wondered if he felt the frustration of it all, but he never showed it. It was almost as if he 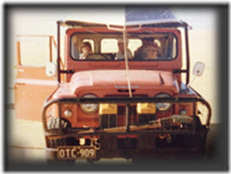 had the attitude of "there is someone out there worse off than me" and that kept him going.
I never saw John complain, and though I know life was often a struggle for Thelma, she never gave up on her resolve to see this thing through right to its inevitable end, and right by her Husband's side.
Towards the end of John's life, my rescue visits became more frequent. I made sure that Thelma had my mobile phone number and kept it by my bed at all times. I told her that no matter what time of day or night, if I was available I would be over to help.

A Lifetime of Memories.

I loved visiting with John and Thelma. They always had a story to tell, and the time to tell it. They would talk about the adventures they had had together, raising their 4 children, their time travelling across Australia on holidays, the old days living and working in Toowoomba, of speed boats and skiing, this couple had had a great life together and created many good memories. We would sit and chat, sometimes for hours until the call came over the fence or one of my kids would come to the door: "Papa, mama said it's dinner time".
Of Cars and Boats and Fishing

John's love for cars never failed him. I remember one time when I had bought a brand new car, I offered to take him for a spin in it. We piled him in and took him for a ride. He stroked the dash and the door: "Magnificent," he said, "what a machine." He was truly impressed.  On a couple of occasions I had the opportunity to take him out and let Thelma have a break. I took him fishing, I took Him to a car show, all the things he loved. At the car show, Thelma had
insisted I take the wheel chair, but once out of the car, John was determined to walk. I just walked beside him, pushing the empty wheelchair.
The last year of his life was, of course, the most difficult for both John and Thelma. The disease was taking its toll and adversely affecting both their health. As john became less able to control the dyskinesia, Thelma struggled more and more to help him. Thelma is a lady of small frame, and John who was much taller and heavier became more deadweight. This had its toll on Thelma and her health suffered as she struggled to maintain the level of care required to keep John at home. She did have home care help with people coming to help with
showering and dressing as well as therapy. And yet still the determination and commitment to fulfil

the wedding vows was there. The last time I saw John was a few weeks before he went into full time care. Thelma was no longer able to give John the level of care that the now fully advanced disease had required. I had picked him up after yet another awkward fall, and spent some time with him chatting. This time both John and Thelma looked worn out. Neither of these people complained about the situation they were in, but the inevitable was coming; John had to go into care.
Wouldn’t Miss it for the World
John passed away peacefully just a short time after being admitted to the care facility. For me it was a day of mixed emotions. I was deeply saddened at the loss of this neighbour who I was proud to call my friend. At the same time I was glad that John was finally truly at rest.
Thelma continues to live next door, her children are visiting regularly to make sure she is ok, and for those of us left behind, life goes on.
I will miss John. I will miss his cheerful, positive attitude, his stories, his adventures, his chats at the dining room table.

"I wouldn't miss it for the World!"
The world will miss you.
Goodbye John.
See you on the other side.
Erick. November 2012 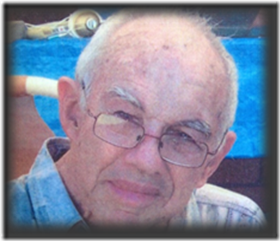 Posted by Aussie Worship Leader at 19:21